In the increasingly fierce panorama of true wireless headphones, we talked about Pamu Scroll, a project that received much success (more than 4 million dollars) on Indiegogo, a crowdfunding platform on which the new Pamu Slide is now debuting. Padmate returns to the forefront in this market segment, trying to raise the bar even further. Will it succeed? 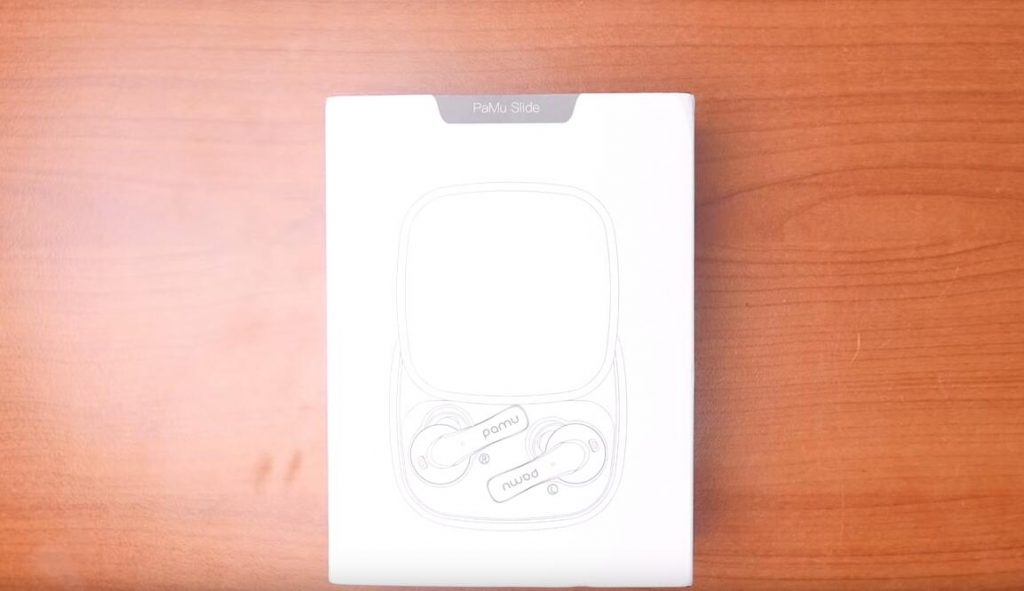 Nothing is particular in the Pamu Slide box. Inside we found headphones and transport dock, in addition to 2 pairs of spare rubbers pads, a USB Type-C charging cable and related manuals.

Compared to Scrolls, Pamu Slide has adopted a completely different style, both for headphones and the case. Despite being always in-ear, here we no longer have a “capsule-like” shape, since a stick has been implemented that follows the lines set by the AirPods. Among other things, there is also a certain resemblance to TicPods Free, from which is differs for IPX6 certification. This does not mean that you can bathe together, but do not fear rain or similar situations. Technically they should be able to stand up in the shower, but I advise you not to try.

The Pamu Slide is a in-ear headphones, in fact, and this already makes them very firm once worn. In addition to this, Padmate has decided to cover them with a silicone sheath, in contact with the auricle, confers even more stability. Therefore they are always firm in their position, even going to run with them. There is also a status LED, which lights up red when they are charging and turns off once charged. What I didn’t understand is why it flash white every 5 seconds when turned on. It is probably an irrelevant detail, so if you find yourself in the dark it could be annoying for those around you.

As I said, even the case has been drastically changed from Scrolls. Now we have a much more invasive shell, both in weight (135 g) and in size (7 x 4 cm). Compared to a usual TWS headphone case, the Pamu Slide is practically twice the size, making it not very pocket-sized. In addition to the particular sliding opening, from which the name derives, on the upper part there is a fabric covering. A satisfying solution to the sight but that in the long run could accumulate dirt and potentially ruin. And the sliding door has a bit of a game, not giving back an extreme feeling of solidity but even fragility.

As with the Pamu Scrolls, the Pamu Slides also benefit from the latest Bluetooth 5.0 standard, thus having no lag during video playback. But the real novelty lies in the implementation of the Qualcomm QCC3020 chipset. This ensures that the aptX codec is supported, with a maximum bitrate of 352 kbps and a very low lag.

A crucial aspect when dealing with TWS headphones is that of touch controls. First of all, the touch area is only the upper one, so it is possible to place the headphones on by touching the bars without having involuntary touches. Furthermore, the Pamu Slides have all the commands you could wish for. It lacks a command to switch them off, but just disconnect them from the connected device.

As for phone calls, you can enjoy stereo sound with good volume and you can use not only one headphone (both right and left). The sound captured by the microphones is a bit muffled, thanks to the noise reduction system that castrates the background noises well. Fortunately the volume of the microphones is quite high and therefore there are no problems with the interlocutor.

I state that one of the “malus” of the Pamu Slide is the total (or almost) absence of technical specifications reported, at least to date. This means that I have not the faintest idea of ​​the features related to the audio compartment of these headphones. “And who cares”, someone might say. The fact is that the Pamu slides sound very good, although they are not very balanced headphones. It is evident right from the start that there is a certain propensity to keep the low frequencies well in mind, even if they are not too suffocating in relation to medium and high frequencies. I really liked the warmth of the sound reproduced, with a paste that tries to get close to the high-end headphones, almost succeeding.

The negative aspect linked to the size of the case becomes positive when it comes to longevity. Inside it, in fact, not only there is a 2000 mAh battery, but also with support for wireless charging. Not for headphones but for compatible other devices, becoming a real wireless powerbank, just press the back button twice to activate / deactivate this feature.

Obviously, once this aspect is removed, the 2000 mAh battery contained in the case allows the headphones to be given around 5 recharge cycles. This means that, even if not specified, there should be a 200 mAh inside them. A capacity is not bad, considering that it allows to have a duration of about 10 hours (depending on the volume used).

Starting from June 5, the Pamu slides will be available for purchase at a price of around 49 dollars on Indiegogo . A price that makes them decidedly inviting, especially if you are looking for a pair of true wireless headphones with exaggerated battery, as well as audio quality.